A documentary about the PopUpDorms in the Seestadt-Aspern during the European Projekt Semester at the UAS St. Pölten.

The team was filming a documentary about a student dorm which was built in passive house standards. Passive houses are a voluntary standard for energy efficiency in a building, reducing its ecological footprint.

It results in ultra-low energy buildings that require little energy for space heating or cooling. Although it is mostly applied to new buildings, it has also been used for refurbishments. There are schools, offices and resident homes that are built in passive house standard.

Another special thing about PopUpDorms is they will be moved after a few years so they are one of the first non-perminant passive house constructions.
With this project we would like to present a professional documentary about advantages and difficulties of living in PopUpDorms and building standards of the dorms. Therefore we filmed Interviews wıth the most important participants of the PopUpDorms and shot extensive B-Roll Footage. We also got equipped by the Fraunhofer Institute with a prototype of their Lightfıeld Array Camera, a camera technique which allows to work with Depth Maps and change perspective and focus in Post Production. 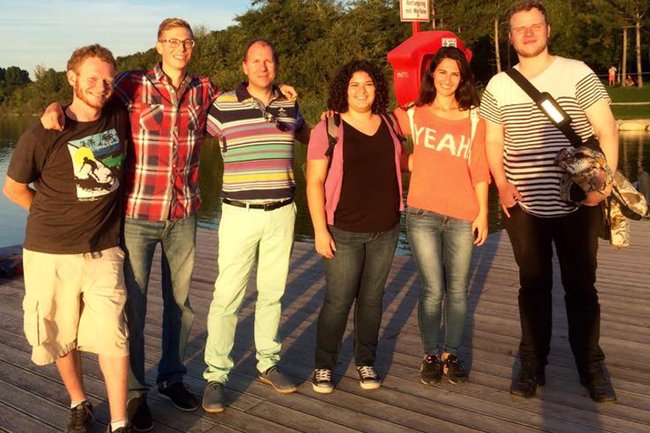