Research on the Inclusion and Exclusion of Refugees

Whether refugees manage to find their place in a new society and how this society receives them depends mainly on the circumstances at the time of their arrival. The process of actually arriving can take several years.

In her dissertation, social scientist Katharina Auer-Voigtländer from the St. Pölten University of Applied Sciences examines how refugees perceive the process of arriving in a new society, which factors influence this process, and how it can be achieved successfully.

“A regulated residence status has a positive impact on the time of arrival because the status makes it easier for the people to come to terms with their new situation. The contact with the population of the receiving country is extremely important during the time of arrival and re-orientation”, explains Katharina Auer-Voigtländer, researcher at the Ilse Arlt Institute for Social Inclusion Research of the St. Pölten UAS.

The researcher‘s dissertation “Inklusions- und Exklusionspraxen im Kontext von Fluchtmigration. Subjektpositionierungen im Ankommensprozess“ (Practices of Inclusion and Exclusion in the Context of Flight Migration. Subject Positioning in the Arrival Process) is devoted to this arrival. According to her, there are considerable individual differences when it comes to the time it takes for a refugee to truly arrive in a new society – a process which often lasts many months or even years.

Perspectives of Migrants and the People Involved in Accommodating Them

For her work, Auer-Voigtländer conducts interviews with migrants on their arrival process. The majority of these migrants come from Syria, Afghanistan and Iran. In addition, the social scientist looks into perspectives of the people in the receiving society by interviewing citizens, political decision-makers, volunteers and people working with refugees on a full-time basis.

“The topics of flight and migration are characterised by strong contrasting emotions. We are dealing with supporters on the one hand and migration critics on the other hand – and a broad mass of inactive and partly undecided people in the middle”, says Auer-Voigtländer.

Refugees as a Medium of Communication

There are processes taking place in some local communities which influence the inclusion and exclusion of refugees even though they are not in direct interaction with said individuals, says Auer-Voigtländer.

It so happens, for example, that persons living in a community consider refugees to be a medium of communication that they can use to negotiate their own status in the social (community-specific) context.

“The discussions in the year 2015 showed that refugees themselves and their living conditions were hardly the focus of interest for the people living in the community. Instead, the citizens’ own position in society and the struggle for positional advantages compared to other members of the community were the main interest of many people in the receiving society”, explains Auer-Voigtländer.

At the end of her dissertation, Katharina Auer-Voigtländer would like to present ideas as to how the challenges of current migration movements could be handled constructively. The social scientist is writing her dissertation within the framework of a doctoral programme on “Soziale Arbeit: Devianz und Soziale Kohäsion” (social work: deviance and social cohesion) at the University of Applied Sciences Emden/Leer and the University of Vechta. The NÖ Forschungs- und Bildungsges.m.b.H. (NFB) provides financial support for the work. The dissertation was among the works nominated for “Best of Science Call Dissertationen 2017” of the NFB which were recently presented to the public.

At the St. Pölten UAS, Auer-Voigtländer also deals with the topic of migration within the framework of the “Research Network for Interdisciplinary Regional Studies” (FIRST) – an association formed by six Lower Austrian institutes working in the fields of humanities, social sciences and cultural studies.

The St. Pölten University of Applied Sciences is involved in two research associations dealing with the topics of migration and nutrition. Within the framework of the network, the research association on migration examines the situation of refugees and migrants in Lower Austrian communities and the role of the “Migrationsraum Niederösterreich” (Lower Austria as a migration area) from the 16th century to the present.

The dissertation of Katharina Auer-Voigtländer is subsidised by the NÖ Forschungs- und Bildungsges.m.b.H. (NFB).

More about the FIRST project

The network FIRST was formed by the three St. Pölten-based Institutes of Rural History (IGLR), the Institute for Jewish History in Austria (INJOEST), the Ilse Arlt Institute for Social Inclusion Research at the St. Pölten UAS, the Krems-based Institute for Medieval and Early Modern Material Culture (IMAREAL) of the University of Salzburg, and the Ludwig Boltzmann Institute for the Research of the Consequences of War (BIK), branch office Raabs. The research, technology and innovation programme of the federal state of Lower Austria (FTI programme) offers the framework for the network. The two research associations on migration and nutrition are financially supported by the scientific department of Lower Austria. In these associations, FIRST cooperates with the Ilse Arlt Institute for Social Inclusion Research of the St. Pölten UAS and the Center for Migration Research (ZMF) based in the state capital. 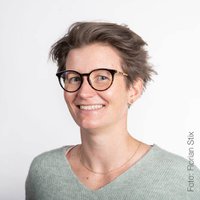