Study on the Diversity of the Press in Austria and Germany

Freie Universität Berlin and the Institute of Media Economics of the St. Pölten UAS investigated how the diversity and content of the regional print media developed in the course of the last 20 years and which impact free daily papers have had.

This shows regional and country-specific differences in the diversity regarding form and content as well as in the way media businesses and politics deal with the changing market.

The study compared stable regions in which the number of distributed newspaper editions has not changed significantly over the last 20 years to dynamic regions in which many new types of media have emerged or existing ones have been discontinued.

“In stable regions, the circulation is lower but the newspapers have a higher page count and more independent pages. In dynamic regions, however, more titles are offered which have a higher page count and higher proportion of editorial pages. Yet those titles present a proportionally higher number of pages dealing with transregional content which is published unchanged in several regional newspapers”, says Johanna Grüblbauer, study author and deputy Head of the Institute of Media Economics of the St. Pölten UAS.

It was also examined in how far the dynamic development of the press market has an influence on the diversity of content. Accordingly, a decrease in newspaper titles only partially leads to a decrease of the variety in content, while an increase in titles tends to increase the variety.

The study examines the market structure of the regional press in selected regions of Germany and Austria between 1995 and 2015. Its goal was to assess the diversity of newspapers in terms of form and content. Formal diversity criteria included circulation, page count (editorial, service-oriented, promotional) or multiple use. The content variety was assessed on the basis of the number of editorial contributions, the authorship as well as diversity in topics and sources.

“The radical changes and challenges of the media system in the last two decades particularly influenced local and regional newspapers in Germany and Austria. Discontinuing titles due to economic reasons, cost-related cooperation models, mergers, large sales or increased editorial savings can be seen as threats to journalistic diversity in regional media markets. In addition, there are sometimes no relevant alternatives for obtaining information” explains Jan Krone, study author and UAS lecturer at the department Media & Economics of the St. Pölten UAS.

Rules and Advancements for the Market

According to Krone and Grüblbauer, Austria and Germany are particularly suitable for a study measuring the effects of media concentration and diversity as both countries experienced “zero hour” in the media landscape and new starting conditions in press policy after 1945.

However, Germany and Austria reacted differently to the waves of concentration of press ownership in terms of media policy: in Germany, a law on the regulation of press mergers was already passed in the mid-1970s and measures to promote media development were only used to a limited extent. In Austria, the antitrust regulations became effective only when the country joined the EU, whereas the direct state promotion of the federal government and some states, which was justified with the preservation of diversity, played a comparably central role.

For the project, one stable region per country (Salzburg and Rhineland-Palatinate) and one dynamic region (Lower Austria and North Rhine-Westphalia) were examined. Random samples were taken for the years 1995, 2006 and 2015.

The project was funded by the German Research Foundation (DFG) and the Austrian Fund for the Promotion of Scientific Research (FWF). Project partner was the Freie Universität Berlin. 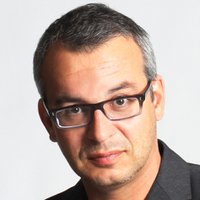