Researchers at the St. Pölten UAS have developed a web app that visually prepares contractual texts, thus helping to protect personal rights and to make better decisions when it comes to concluding contracts on the internet.

Online contracts are concluded quickly, which leads to users accepting terms and conditions hastily. In many cases, the fine print is accepted without reading it first and people lose awareness of potential infringements on consumer rights. The app called “HighLighter” visually prepares contractual texts and helps users to protect their rights.

“Especially on the Internet, contracts with social media platforms, streaming services or shopping portals are often established to use free offers without the persons in question dealing with the terms and conditions. In addition, reading contract terms on mobile devices is often tedious and exhausting”, says Alexander Rind, researcher at the Institute of Creative\Media/Technologies, who has developed the app with his colleagues.

ContractVis is an assistant which supports responsible people in the decision-making phase regarding a contract. The app uses text mining and information visualisation techniques to provide a visual overview whose goal is to facilitate the understanding of the content. Users can selectively search all segments of the contract regarding a specific topic, e.g. the rules for withdrawing from the contract, and focus on the details.

Another feature of the app is that it compares contractual texts. In the comparative view, modifications in different versions can be extracted and evaluated. The project team included users in the development of the app. “The project addresses the critical handling of contracts on the Internet by society”, explains Rind. The software resulting from the project has been released as an open-source software, which means it is available to the public for further development.

In addition to people who wish to conclude a contract, the app can also be used by companies: they can incorporate the app into their website and prepare their terms and conditions in an interactive manner.

The app has been developed in the course of the project ContractVis, supported by the funding initiative. 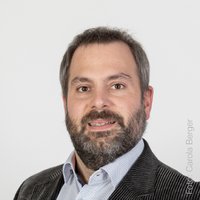