In an interesting and entertaining performance, Anita Kidritsch presented the benefits of interprofessional collaboration in the healthcare sector

At the annual Fachhochschul-Forschungsforum of the Austrian Association of Universities of Applied Sciences, Austrian universities of applied sciences (UAS) present exciting research projects and discuss the further development of the UAS sector.

Hosted by FHWien der WKW (university of applied sciences of the Austrian Chamber of Commerce) as an online event from 7 to 8 April 2021, for the second time after the premier 2018 the research forum has also showcased research projects from a completely different angle:

Within the framework of the Science Slam, research projects were presented in a way that was unusual, easily accessible for a broad public and, above all, entertaining. This is not an event for slide presentations - the participants have a maximum of six minutes to introduce their topics in whichever way they like: from theatre to live experiments and dance performances, everything that’s fun is allowed!

Presented by the Austrian Science Slam pioneer Bernhard Weingartner, this year’s Science Slam of the Fachhochschul-Forschungsforum also featured Anita Kidritsch from the Department of Health Sciences of the St. Pölten UAS with her exciting contribution “Interprofessionelle Zusammenarbeit – kinderleicht?” (interprofessional collaboration — a child’s play?).

Based on the saying “Too many cooks spoil the broth”, Anita’s contribution starts out by describing the way things often take place in the healthcare sector: patients are sent from one specialist to another and have to explain their health problems again and again in the process, while every expert follows her or his own approach to treatment.

It seems obvious that this procedure is not always ideal: therapies are not harmonised, and relevant information is lost on the way. In the worst case, counterproductive interactions may occur or the patient feels overtaxed and lost.

This is where the presented project “INPRO – ¡nterprofessionalism in action!“ comes in. Co-financed by the European Union through the ERASMUS+ programme, this project brings together cooperation partners from four European countries to show how interdisciplinary collaboration can be anchored as early as in the training of health professionals, and how concrete collaboration strategies can be developed and trained in practice.

Furthermore, the project aims to promote the dissemination of a uniform, common language for nursing and healthcare professions that is based on the WHO’s numeric (and therefore language-independent) International Classification of Functioning, Disability and Health (ICF) and can therefore facilitate communication in international and interdisciplinary contexts.

Not only did Anita Kidritsch present the topic in a very clear and memorable manner (even featuring a little rap). She also brought two special assistants for the scenic representation at the beginning of her contribution: her little son Marcel in the role of the young patient and her husband Roland as the patient’s father.

Online Voting instead of ”Applausometer”

Tthe Science Slam was originally planned as a hybrid event where the participants’ performances were supposed to be filmed in a lecture hall of FHWien and streamed live online. However, at short notice the event had to be switched entirely to distance mode due to the Easter lockdown.

The contributions were streamed from the individual universities of applied sciences or even from the researchers’ homes, with presenter Bernhard Weingartner tuned in virtually as well.

The Science Slam voting, which usually features an “Applausometer” to determine which contribution receives the loudest applause, took place as an online voting instead.

Nevertheless, as everyone can now see for themselves in the records, these difficult circumstances did not harm the professionalism of the contributions and Bernhard Weingartner successfully created a real science slam atmosphere even without a physically present audience!

In addition to Anita Kidritsch’s convincing contribution, we recommend watching the other performances as well. They include a live performance demonstrating the principle of a singing heat pump with the help of a thermal imaging camera and a Bunsen burner, the project presentation “das Auge isst mit” (you eat with your eyes first), and the award-winning contribution of Roswitha Enzelberger presenting the “chocolate bar drive-in” at the University of Applied Sciences Wiener Neustadt (Campus Wieselburg).

We are already looking forward to the next Science Slam of the FH-Forschungsforum and are hoping that it will be held in person and with a live audience! 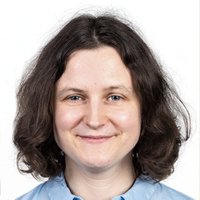