Sexism is a widespread social problem which has seen a significant increase in recent years, especially in social media.

Current studies have shown that women who are subject to publicity face particularly great challenges. Social media exacerbate the problem by lowering the barriers to engaging in verbal attacks.

Within the framework of the international EXIST Competition (sEXism Identification in Social neTworks), the St. Pölten UAS and the AIT Austrian Institute of Technology developed a method for automatic detection of sexist comments. The team ranked third out of 31 international competitors.

The tool is based on methods of artificial intelligence and uses natural language processing (NLP) and machine learning to conduct a semantic analysis of posts on social media and classify them accordingly.

“Making a meaningful contribution to solving our society’s problems has always been an important objective of our research. Automatic detection of sexist comments can help improve the discourse on social media, raise awareness on this issue, and take measures to fight against discriminating content”, says Matthias Zeppelzauer, head of the research group Media Computing at the St. Pölten UAS’ Institute of Creative\Media/Technologies.

Distinguishing between various categories of sexist comments and ironic and sarcastic statements is a major challenge for the automatic detection of sexist content. Postings of users of the platforms “Twitter” and “Gab” provided by the EXIST Competition built the data basis for the classification.

The postings, which were available in English and Spanish, were classified according to their content and automatically allocated to the following categories: Ideology and Inequality, Stereotypes and Power, Objectification, Sexual Violence, Misogyny, Non-Sexual Violence.

“In the detection of sexist content, we made a special effort not only to identify obvious forms of sexism but also subtile forms and allusions, which might be overlooked at a first glance”, says Alexander Schindler, head of the NLP-team of the AIT.

The project team comprised both students and researchers of the Center for Digital Safety & Security at the AIT and the St. Pölten UAS and included

Collaboration with the AIT

Through the team of the AIT, the initiative was supported by the project defalsif-AI, which is subsidised by the Federal Ministry of Agriculture, Regions and Tourism (BMLRT). 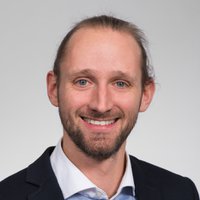