Conference Regarding Blockchain Activities on 3 March

The ABC - Austrian Blockchain Center with its scientific head Alfred Taudes from the Vienna University of Economics and Business opened another location in St. Pölten – in addition to the one in Vienna. The research center combines developments for application in the industry with cutting-edge research. At the national level, the center is considered an institution of excellence and is currently one of the largest Blockchain research institutions in Europe. The St. Pölten University of Applied Sciences is an important partner in this respect.

Both centers will be presented at a Blockchain Summit on 3 March at the St. Pölten University of Applied Sciences and the St. Pölten ABC location will be officially opened in the presence of political representatives. Prior to this, participants, entrepreneurs and interested parties can make use of lectures and workshops to discuss aspects such as the security and application of Blockchain technology, and receive current information on the topics.

Blockchain in the Government Programme

To do this, the plan is to build on the existing centers of excellence in the field of Blockchain. The government programme explicitly mentions the Austrian Blockchain Center (ABC), in which the St. Pölten University of Applied Sciences is involved. 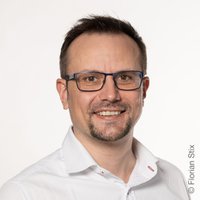