Smartphones, touchscreens, Virtual Reality and holograms can turn a trip to the museum into a digital multimedia experience. For example, visitors can use a tablet to leaf through books whose pages are too fragile to actually touch. Virtual and Augmented Reality make it possible to project flesh and skin onto the skeletons of dinosaurs.

Integration of Exhibition, Smartphones and Apps

Over the past three years, the research project analysed the use of digital technologies in museums and developed its own applications which were then put into practice last year in the exhibition “Des Kaisers neuer Heiliger” (The Emperor’s New Saint) at Klosterneuburg Monastery to commemorate the 500th anniversary of Emperor Maximilian I.’s death. In this real test scenario, the researchers of the St. Pölten UAS developed and tried a museum app and five digital, screen-based artefacts (touchscreens).

The project succeeded in reaching more than 1,000 museum visitors and integrating their experiences with the digital aspects of their museum visits into the evaluations. “An important lesson learnt was that a whole lot of stumbling blocks have to be eliminated in order for smartphones to use a museum app that seamlessly integrates them into a digital level of the exhibition”, explains project lead Markus Seidl from the Institute of Creative\Media/Technologies at the St. Pölten UAS.

To conclude the project, the researchers developed guidelines that are aimed at making it easier for exhibition designers and technicians to design digital worlds in the future. 23 tips describe how apps, interactive installations and their technical administration can be successfully implemented. For example, one piece of advice is to offer the visitors of the exhibition incentives for interacting with digital technologies but leave it up to them to either use them or not.

“We want to offer the people a low-threshold entry into the technology by relying on frequently used functions on common devices such as smartphones. Explicit entry points, highlighted connections to the exhibition artefacts, and technical support for visitors are very important as well”, explains Seidl to sum up the guidelines. His institute conducts research on the interfaces between humans and machines with the goal of making the latter more user-friendly.

For example, smartphones could be used as a ‘Magic Lens’ (a kind of magnifying glass), while certain information could be automatically played back – optionally as 360-degree video or audio presentation – when the visitor approaches the location. Exhibition visitors could also work on the solution to a riddle together based on gathered objects and information.

“There is a lack of tried and tested concepts for designing interactions and experiences for users that reasonably integrate smartphones, tablets and touchscreens or Augmented and Virtual Reality in semi-public areas such as exhibitions and museums”, Seidl explains the starting point of the project. According to him, however, this knowledge is crucial for providing low-threshold access to the technologies for everyone.

This is where the MEETeUX project comes in. The focus was on researching interaction design and user experiences at the human-machine interface, and the project featured more than ten museums and providers of museum installations as partners.

The project saw researchers at the St. Pölten UAS integrate students into their work in the form of final theses and scientific publications.

The project was funded by the Austrian Research Promotion Agency (FFG) owned by the Federal Ministry for Climate Action, Environment, Energy, Mobility, Innovation and Technology (BMK) and the Federal Ministry for Digital and Economic Affairs (BMDW) within the framework of the funding line COIN “Aufbau” (capacity building). Partners in the project MEETeUX were more than ten museums as well as providers of museum installations. 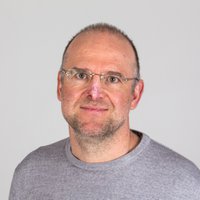 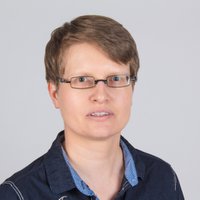