St. Pölten’s start-up and innovation initiative SMARTUP recently awarded its grants once again. Eight teams and young companies submitted their innovative concepts with reference to St. Pölten and declared their added value for the innovative power of the city.

Two out of three award-winning start-ups are active in the field of IT security – one of them involves students of the St. Pölten University of Applied Sciences, while the other one was even founded by UAS students of the degree programme IT Security.

One of the winning teams is APOCRAT: while still studying at the St. Pölten UAS, the young team of the St. Pölten-based company already started to develop a firewall to protect against cyber attacks on Internet-of-Things appliances in the household as well as the data collection frenzy of their manufacturers. Using behaviour analyses, the assistant can automatically detect whether the access is intended by the user or can be traced back to an unauthorised third party. In addition, security reports are made available concerning all appliances in the network.

“Winning the SMARTUP grant takes us one step closer to our goal of giving individuals the power to reclaim their own data. The grant allows us to push ahead with our prototype and helps promote the collaboration within the team through a joint workplace in St. Pölten”, says Paul Lackner, CEO of APOCRAT.

The start-up team of Lywand offers IT service providers a cloud-based service that enables them to keep an eye on their customers’ security situation on permanent and affordable basis and motivate them to implement continuous improvements. Highly qualified talents trained at the Department of Computer Science & Security of the St. Pölten UAS and the close contacts with successful research institutes at the UAS were decisive factors in choosing this business location.

“We are very happy that our idea and business plan have convinced the jury. This, in combination with the many other great start-up ideas that participated in the competition, highlights the attractiveness of St. Pölten and the excellent work of the SMARTUP environment”, says the team of Lywand in a statement on winning the grant.

“With the SMARTUP initiative, the city of St. Pölten has been promoting innovation and entrepreneurship for three years, by providing targeted support to start-ups. Since then, a start-up scene has established itself which is still small but of high quality, and which strongly appreciates the many advantages of the location. The support of the city of St. Pölten and the know-how derived from strong research and innovative ideas, which we are developing together with good partners such as the company foundation programme “accent” or in cooperation with the nuclear research centre CERN, are certainly part of this development and are increasingly paving the way for new and successful companies in the city”, explains Hannes Raffaseder, Member of the Executive Board of the St. Pölten UAS and co-initiator of SMARTUP.

According to Raffaseder, St. Pölten could even be referred to as something like the secret capital of IT security, and the St. Pölten UAS has strongly contributed to this reputation: with a wide range of study programmes in the fields of IT security and data science, a research focus on cyber security and IT security, two Josef Ressel Centres (specialising in blockchain technology & security management, and in the detection of targeted IT attacks on companies), and its involvement in three COMET centres on the topics of blockchain, IT security and Industry 4.0. The successful security start-ups serve to further expand the status quo.

The fact that digitalisation does not necessarily mean a loss of regionality and traditional craftwork is proven by the third grant which went to the fashion label Elisia whose founder Christina Kuback is also a St. Pölten UAS graduate. The label obtains fabrics from Austrian traders, most of organic quality, and the clothes are sewn in St. Pölten.

A Look into the Future

Another submission for the grant came from a start-up involving Armin Kirchknopf, a graduate and Junior Researcher of the St. Pölten UAS: his young company Circly supports production and trading companies with clever demand forecasts. Circly’s customisable forecasts use artificial intelligence (AI) to let companies “look into the future” and predict what they will have to produce or sell in the near future. Incidentally, Circly has its origins in the St. Pölten-based start-up Ordito which was also supported by SMARTUP and was successfully sold to Kastner group at the end of last year.

The SMARTUP grants are endowed with 5,000 EUR each. The awarding is up to an independent jury, this time including Hannah Wundsam (managing director; Austrian Startups), Katharina Bichler (managing director, tax consultant; BKS Steuerberatung) and Philip Simson (project Vision & Masterplan stp 25|50). They were impressed by the high quality of the submission and took their decision on the basis of future-oriented business segments, extraordinary ideas and exciting business models.

SMARTUP is an initiative of the city of St. Pölten for the promotion of innovation, entrepreneurship and start-ups. Fachhochschule St. Pölten ForschungsGmbH is responsible for the implementation of the project which is subsidised by the city administration. 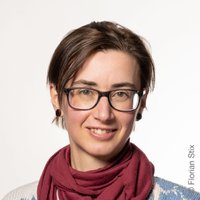