Thanks to the reorganisation of flight routes and the European Air Traffic Management, more flights can be carried out in the dense air space and security can be increased. The Austrian research project “VAST – Virtual Airspace and Tower“ developed and tested a prototype with new visual and acoustic visualisation techniques for air traffic control to make work easier for air traffic controllers and contribute to the technological advancement in the European aviation sector.

The functional and interactive prototype that was developed during the project compared a 2D and a 3D visualisation of the airspace in combination with acoustic signals. The objective was to determine how the visualisations impact the situation overview, the workload and the performance of the air traffic controllers, and which forms of visualisation is most helpful to their work.

“In a predefined scenario, the new 3D visualisation performed at least as well or even better than the two-dimensional visualisation with regard to the criteria under examination. The test subjects reported an improvement in the situation overview and perceived the workload to be less”, explained Gernot Rottermanner, researcher at the Institute of Creative\Media/Technologies at the St. Pölten UAS.

Important information such as flight altitude is currently only displayed as text on the radar screen. In order to keep an overview of the situation, the air traffic controllers have to combine the information displayed on the screen by themselves. This results in a very high cognitive load and it is hard to keep trach of everything at the same time. The fact that the aeroplane position data have to be updated every one to four seconds makes the situation even more difficult.

“Air traffic control is a complex area of work that involves high-security responsibilities and leaves little room for big innovation. For decades, air traffic controllers have been working with a technology that breaks the airspace down into a two-dimensional visualisation: the radar and the graphic user interface”, says Rottermanner.

In partnership with researchers of Fraunhofer Austria Research GmbH, the company Frequentis AG Wien, the Aerospace Research of the University of Salzburg, and his colleagues at the St. Pölten UAS, Rottermanner developed new procedures for airspace visualisation that make use of cutting-edge visualisation techniques and concepts (Visual Computing) and acoustic components. Air traffic can thus be visualised in a virtual space to help air traffic controllers gain a better situation overview more easily than with the technology used up until now.

To test this new procedure and identify the demand for it, the project team conducted interviews and tests with air traffic controllers from three different countries.

The project is carried out against the background of the master plan of the Single European Sky ATM Research Programme (SESAR), whose goals for the European Airspace include doubling air traffic, reducing delays by 30 percent, and increasing security by a factor of four. SESAR is an initiative launched by the European Commission and EUROCONTROL to facilitate, harmonise and synchronise services within the framework of the European Air Traffic Management.

“In future, aeroplanes should move along a perfect parabola-shaped line from A to B instead of in corridors as it was the case up until now, with the flying routes of individual aeroplanes having to be constantly changed according to flight occurrence. As a result, more aeroplanes could fly in the airspace, while greenhouse gas emissions could be reduced at the same time. However, this would also increase the demands for air traffic control“, explains Rottermanner.

The project VAST developed a technique supporting the technological advancement in the European aviation sector in adapting so-called “4D trajectories“. This could provide the Austrian aviation industry sector with a competitive advantage by preparing the industry for a large-scale implementation of new technologies in the future.

The test subjects also voiced concerns about the 3D visualisation. According to Rottermanner, more tests are necessary in order to assess whether these results remain valid in larger dimensions and whether the new 3D visualisation actually helps aeroplanes move through airspace more efficiently. In the test that has already been completed, the prototype was tested by 11 air traffic controllers and 6 media technology students.

The project VAST received funding by the Austrian Federal Ministry of Climate Action, Environment, Energy, Mobility, Innovation and Technology within the framework of the Austrian FTI programme TAKE OFF for aviation. The project coordination was by the Fraunhofer Austria Research GmbH in Graz. 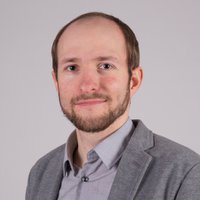 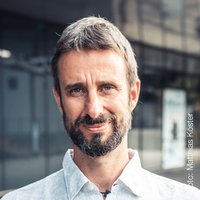