Report on the Media Ethics Symposium at the St. Pölten UAS

The lecturers and participants discussed social, ethical and personal implications of conspiracy theories. The experts warn against radicalisation and division, acknowledge the difficulty of fighting conspiracy theories and give advice on dealing with the topic in private life.

Conspiracy theories have always been around. However, QAnon, criticism of the “fake press”, and COVID-19 and climate change deniers have changed the qualities and quantities of these theories as they are rapidly reaching more and more people through social media.

The Media Ethics Symposium 2021 sought to pin down the essence of conspiracy theories. Why do they emerge, why are they so successful, who promotes them, how can they be identified, and what would a responsible way of dealing with false information look like?

“We are all so-called produsers, in other words people who both use and create content in times of digital platforms and social media – and therefore have an ethical responsibility”, says Michael Litschka.

Warning against Radicalisation and Division

“Conspiracy theories can act as a catalyst for processes of radicalisation. By dividing the world into “good” and “evil”, they enhance boundaries and divisions between groups. They promote a dualistic image of the world, which is immune against any attempts of verification through facts and counterarguments. The situation becomes dangerous if certain groups are devalued and violence is seen as a legitimate way of defending oneself against the perceived conspiracy”, explains Verena Fabris.

If relatives or friends believe in conspiracy myths, Fabris recommends staying in contact and maintaining the relationship. The best thing is to take the father, the wife, the sister serious as a personality, show interest, enquire, be compassionate, while at the same time, take a clear stance when it comes to racist, antisemitic, sexist and other derogatory attitudes. “We can only plant small seeds doubt and be persistent”, says Vabris.

According to Markus Sulzbacher of the Standard Watchblog, the COVID-19 pandemic has led to a culmination of conspiracy theories. In consequence, many people ignore scientific evidence. What he finds particularly distressing is the rise of antisemitism and the increasing presence of neo-Nazis at so-called COVID-19 demonstrations. “The fact that anti-vaxxers and right-wing extremists are strongly present online and at demonstrations does not mean that they speak for the majority of people living in Austria. Because they don’t”, says Sulzbacher.

It is necessary to question whether vaccine opponents or people who are spreading nonsense – such as the story that reptile humans govern the world – should be given representation in the media at all. Sulzbacher suggests having experts evaluate and comment the statements.

“Only a few years ago, we would have been sitting here speaking of the dangers of fake news. But now, we are a step further and we are only discussing conspiracy stories. We can debunk fake news with relative ease by providing facts. Conspiracy theories, in contrast, build up a universe of narratives, which ignores facts or even includes them into its immunity mechanisms”, says Andre Wolf.

According to Wolf, we are currently experiencing a revival of ancient conspiracy myths that were given a dynamic makeover, which makes them fully functional. “Conspiracy stories establish images of the enemy to unite people. They offer simple solutions for complex problems and offer ways to release aggression”, says Wolf.

Alexander Warzilek agrees: “The problem with conspiracy theories is that their followers are not concerned with the truth. This allows them to block everything related to ethical standards. Therefore, fighting conspiracy is so difficult.”

The guests discussed on site at the St. Pölten UAS. The live panel discussion was streamed. A recording of the symposium is available on YouTube.

Conspiracy Theories. Challenges for Users, Democracy and the Media, 29/04/2021, online 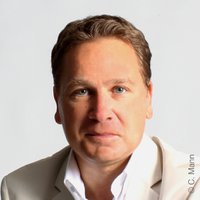