The project “FIVE” carried out by the St. Pölten University of Applied Sciences aims to find out how #fitspiration influences the gender identity, health behaviour, and body awareness of young people and what the implications may be. The first results of the study have just been published.

The FEMtech project FIVE (#Fitspiration Image Verification) was launched by the St. Pölten UAS a year ago. Researchers are seeking to find out what moves adolescents to follow the hashtag #fitspiration and which impact #fitspiration has on their nutrition and exercise behaviour as well as on their awareness of their own body and gender norms. The mixed methods study (implemented in collaboration with six schools in Lower Austria and Vienna) shows that adolescents can perceive the pressure on their body to perform, as exerted by social media and by their environment, as very stressful. It can be observed that #fitspiration users are more likely to be unhappy with their weight and body shape than others although their weight is normal by objective standards. This pressure is prone to promote eating and body perception disorders as well as excessive physical exercise (even when the user is sick, for example).

“Our first results show that approximately a third of the young people we interviewed follow #fitspiration. This means that the hashtag can have a relevant influence on health and consumption behaviours as well as the perception of gender-specific roles and body norms in adolescents”, says project lead Elisabeth Höld, senior researcher at the Institute of Health Sciences of the St. Pölten UAS.

“The question of which consequences social media trends like #fitspiration may have on young people is hard to answer in general, the more so by one individual research discipline alone. The strength of our study lies in the fact that we have examined this question from different angles”, explains Mario Heller (UAS lecturer at the Department of Media and Digital Technologies), head of the work package “mixed methods study”.

Own Gender Perceived as More Interesting

Both girls and boys tend to follow influencers of their own gender, which means that they shape their ideas concerning their own personality, looks, and behaviour: a lot of social media content shows unrealistic body shapes, restrictive diet behaviours, and excessive training habits. Female influencers are very thin yet muscular, e.g., they have visible abdominal muscles. Many male influencers, on the other hand, are extremely muscular. There are gender-specific differences in terms of online presentation as well: while the men show themselves as dominant and strong (e.g., they lift particularly heavy weights or flex certain muscles), the women’s poses tend to be twisted, just like in common advertisements.

The results of this study provide the basis for an online course which will be developed as the project progresses. This course will be designed to raise adolescents’ awareness of the problems caused by exaggerated notions of body and health as well as the tricks and marketing strategies used by the platforms’ protagonists. At the same time, a tool will be made available that helps to uncover manipulations of the images shown in social media. The central objective of the project is to counteract the often one-sided and exaggerated demands in terms of looks, fitness, and gender-specifics role images.

“I find it very exciting to be able to get personally involved in a study that works on a topic which affects me daily. Today’s young people have to live with the pressure that social media exert on their own lives and bodies. This is not always easy and a good online course is certainly helpful for many adolescents”, emphasises Samira Ghaffari, one of the school pupils involved in the project from the beginning.

Regardless of gender, influencer marketing plays an important role. One goal is for the adolescents to develop an awareness of the clever marketing models concealed behind many influencers’ profiles, for example to sell food supplements and sportswear. The course is to be complemented by information on gender and diversity that is conveyed in an age-appropriate manner.

#fitspiration is a global health trend in social media with approximately 20 million posts on Instagram alone. At first glance, the trend behind the hashtag #fitspiration aims to motivate users to adopt a healthier lifestyle. At the same time, however, the hashtag is often used to promote extreme or unbalanced training and nutrition practices and to communicate very one-sided gender norms.

The interdisciplinary project FIVE is carried out under the lead of the St. Pölten University of Applied Sciences in collaboration with Hölzel Verlag and gender expert Bettina Prokop. It is financed by the Austrian Research Promotion Agency (FFG) in its FemTech category.

For further information on the project, visit the project’s website at https://research.fhstp.ac.at/projekte/five-fitspiration-image-verification 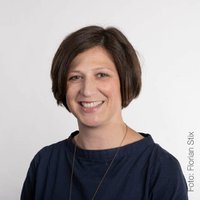