The St. Pölten University of Applied Sciences and Amazon Web Services (AWS) jointly organised a so-called AWS Jam. The event allowed both students of the St. Pölten UAS and external persons to hone their skills in cloud services by working on exemplary tasks from the practical realm.

“The idea was to solve predefined and practice-oriented scenarios in the cloud. This is a great didactic concept for further education. The tasks included real hands-on learning with executable systems in the cloud. The teams had to find solutions to them by themselves. But they were given some clues and received help from our support team”, explains FH-Professor Andreas Jakl who organised the Jam together with FH-Professor Christoph Lang-Muhr.

A Great Variety of Tasks

Examples of the scenarios chosen for participants included having to find out why a website could not be accessed anymore or to mirror a database that is distributed around the world in a fail-safe manner. The tasks were from the fields of IT security, infrastructure in the cloud, machine learning, and serverless computing.

The participants had two hours to solve as many tasks as possible. The best teams were awarded prizes such as an Alexa loudspeaker or an Internet of Things (IoT) development kit. Thanks to the Digital Innovation Hub OST of ecoplus, the event succeeded in collaborating with SMEs from the region and supporting them in the digital transformation.

“Having to solve as many challenges as possible under time pressure was an intensive team experience. It was a close call, but we were able to solve everything 10 minutes before the end. Coming so close to the practical realm by working with real cloud systems was great fun. I could get insights into many new topics and put so much of what I have learned during my studies into practice at the same time” says UAS student Jonas Schoisengeyer.

In partnership with the world’s most important cloud providers, the St. Pölten UAS launched a number of initiatives on the topic. For example, the UAS became one of the first AWS Academy member institutions in Austria. For a total of three years, the St. Pölten UAS together with AWS has held short introductions into the possibilities of cloud computing at the beginning of the semester for students of engineering programmes.

The goal is to prepare students for the challenges of digitalisation. Equipped with practical knowledge, the students may later make decisions on the use of cloud computing in companies and implement new solutions, e.g. with regard to machine learning or highly fail-safe systems that are accessible worldwide.

The AWS Jam was supported by the Digital Innovation Hub OST. 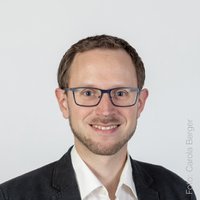 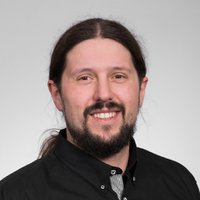