A Report on the Arlt Symposium 2021 at the St. Pölten UAS

Climate change, the COVID-19 pandemic, the economic crisis, and the polarisation of society: the Arlt Symposium 2021 was dedicated to the challenges and potentials of social work in dealing with global crises. Under the motto “We Are All in This Together“, the online symposium focused on questions of social justice and the internationalisation of social work.

“Marginalised groups in particular are affected by global crises, which aggravates social inequalities. It is important that we address these new challenges, leave well-trodden paths, strike out in new directions, overcome national borders and exploit the potentials of digitalised and internationally organised social work”, says Johannes Pflegerl, Head of the Ilse Arlt Institute for Social Inclusion Research at the St. Pölten UAS. “We, the Ilse Arlt Institute, are making an effort to raise awareness for global crises, seek joint ways of dealing with them and point out the potential of social work in this context”, explains Pflegerl.

Within the framework of its traditional symposium, the Arlt Institute invited social services users, practitioners, researchers, teachers, and representatives of marginalised groups and civil society as well as politicians to become involved in the further development of theoretical, scientific, and practical approaches to international social work.

In her opening address, the President of the International Federation of Social Workers (IFSW) Europe, Ana Rădulescu presented her institution’s agenda and central solution approaches. She provided insights into her work with governments and international organisations. Rădulescu made reference to an EU initiative for the coordination of social work and social benefits. “It is imperative that we demand from national governments that the minimum standards in fulfilling these social services guarantee a life in dignity for the affected persons and that existing personal potentials for development are promoted”, Rădulescu emphasised.

In her keynote, Bridget Ng’andu from the University of Kent outlined the work of the English non-profit organisation “Social Workers without Borders“. Emphasising the significance of social work, she presented the results of a study on the perspectives of social workers who are active for Social Workers without Borders during their free time, while working for the authorities as their day job.

Iain Ferguson from the University of the West of Scotland addressed the question of what social work can achieve in the fight against racism, fascism, and environmental destruction. The transformative power of social work was at the centre of a keynote by Alicia Kirchner, social worker and governor of the province Santa Cruz in Argentina.

Ambition and Reality, Theory and Practice

A poster session and several panel and workshop sessions were dedicated to a wide spectrum of topics pertaining to the tense relationship between ambition and reality, theoretical discussion and practical projects.

On the first evening, an informal setting allowed participants and representatives of the IFSW Europe to discuss questions of international social work.

On the second day, the participants of the event elaborated on the previous day’s impulses and questions and had the necessary room to discuss them with a view to practice. A panel discussion with representatives of social organisations was followed by an open space for in-depth discussion in which concrete projects and ideas for solidary social work were conceived and developed. The central question addressed the role played by the organisations‘ political claim when it comes to their practical work. 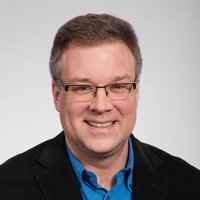