From Canada to Australia: Over the course of four days, scientists and practitioners from 21 countries pursued the question “What you hear is what you see?” and examined new approaches to how our senses interact. Hosted by the St. Pölten UAS for the first time, the international conference attracted more than 90 participants.

„What you hear is what you see?“

The Audio Mostly 2022 took place at the St. Pölten University of Applied Sciences from 6 to 9 September. This year, the world’s leading conference for Sonic&Music Interaction was dedicated to the question “What you hear is what you see?”. The organisation team headed by Michael Iber, Kajetan Enge, and Peter Hackl-Lehner encouraged discussion about the interrelationships between hearing and the other human senses.

“With more than 90 participants from 21 countries and a total of 95 contributions, the Audio Mostly at the St. Pölten UAS added new elements to the scientific discourse”, says Michael Iber (Conference Chair and head of the Audio Design master class at the UAS), obviously please with how the event turned out. “Our guests were very impressed with the possibilities that we have here at our institution.” 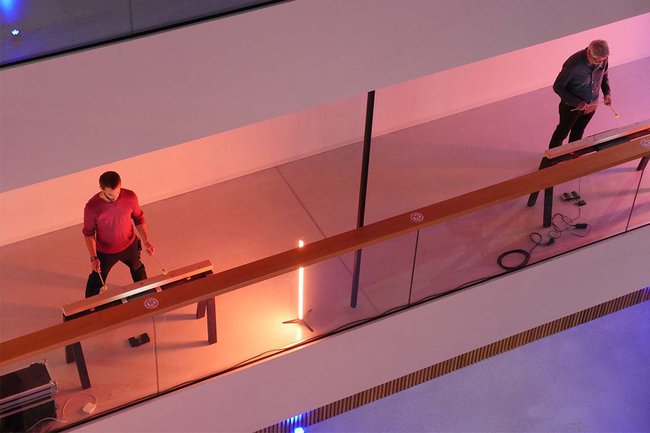 A first highlight was the opening concert held in collaboration with the St. Pölten Music School and featuring the musicians Gerriet K. Sharma and Susanne Fröhlich from Berlin as well as the ensemble studio percussion from Graz. In the subtly illuminated main hall of the St. Pölten UAS, the guests were invited to experience the building’s acoustics.

As one of four keynote speakers, Sacha Krstulović, Technology and Innovation Leader at Music Tribe (UK), painted a visionary picture of how musicians and producers can profit from intelligent, network-based services in both technical and artistic terms. Using artificial intelligence to support creative work instead of replacing it is to remain the primary objective. 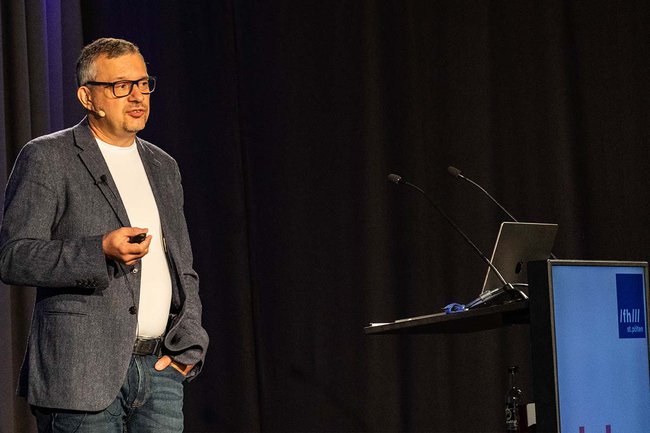 The keynote speech held by Stefania Serafin, Professor at Aalborg University in Copenhagen (Denmark), provided insights into her work in the Multisensory Experience Lab, some of which involves users of Cochlear implants. 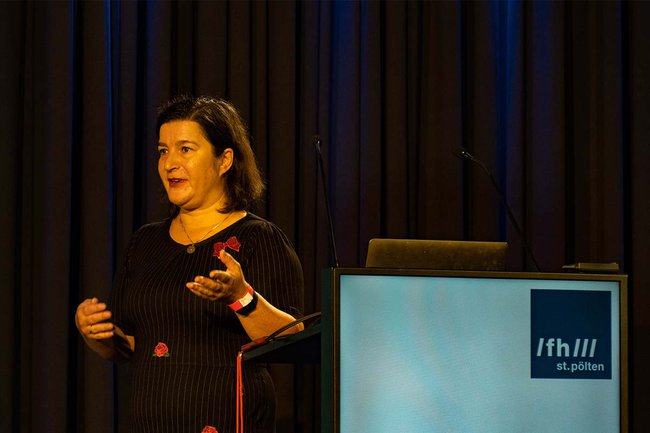 Hannes Raffaseder, Chief Research and Innovation Officer of the St. Pölten University of Applied Sciences, used his keynote to outline to what extent his strategic thinking in higher education management is shaped by his musical background.

Chris Chafe, Director of the Center for Computer Research in Music and Acoustics at Stanford University in California, who attended the conference online, explained how the “rooms” of the Internet are needed as a reverberator.

A jury gives away the Best Paper Award to the most outstanding publication among all submissions. This year, the award went to Stuart Cunningham and Iain McGregor from the United Kingdom for their contribution “Manipulating Foley Footsteps and Character Realism to Influence Audience Perceptions of a 3D Animated Walk Cycle”. Among the award winners in the four other categories was Alexander Weller, a student of the master degree programme Digital Innovation and Research at the St. Pölten University of Applied Sciences.

About the Audio Mostly

The Audio Mostly is an interdisciplinary and international conference on the topic of Sonic&Music Interaction that distinguishes itself through its unique combination of applied theory and reflective practice. It took place for the 17th time in 2022 and is hosted by a different institution every year.

The Audio Mostly 2022 was supported by the City of St. Pölten and the Province of Lower Austria. Important cooperation partners were Mechatronic-Cluster, ECO+, the Institute of Electronic Music and Acoustics at the University of Music and Performing Arts Graz, and the St. Pölten Music School. 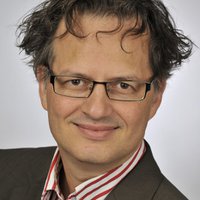