Summer is the time for travelling. As numerous flights are cancelled and chaos ensues at the airports, international rail travel seems like a good alternative to many. The shift from air to rail transport for travels within Europe is also desirable from a climate perspective. In addition, the expansion of the high-speed rail network is making mid-distance rail links increasingly attractive. Nevertheless, many people still prefer flying to travelling by train, partly because buying international tickets is complicated, as a study by the St. Pölten UAS has shown.

A shift from airplanes to trains would be urgently necessary in order to achieve the goals of the Paris Climate Agreement. Despite the progressing digitalisation and global networks, however, booking door-to-door trips is not always possible.

“The problem lies in national peculiarities in the tariff landscape and a lack of binding standards. Travellers currently need patience, expert knowledge, or assistance to book tickets for international rail trips, which is why many continue to prefer air travel even though the rail network is well developed”, explain the authors of the study Thomas Preslmayr and graduate Thomas Stütz from the St. Pölten UAS’ Department of Rail Technology and Mobility.

According to the experts, there is a strong potential for more passengers in international rail travel: “Our study has shown that one third of all customers end up not booking international tickets because they find it too complicated. Well-functioning ticketing systems could, therefore, generate up to 50% more international trail transport compared to today”, says Preslmayr.

For the study, 76 test persons were asked to make multiple bookings for 46 destinations within Europe – both by train and by airplane. The ticket shops to be used were not specified, so 20 different European ticket shops were covered by the study. Out of 152 bookings for trips by airplane, only five failed due to the booking process – compared to 50 for train travels. In other words, the failure rate was ten times higher for train bookings than for air travel. Most air travel bookings were completed within five to ten minutes, while the majority of train bookings took 15 to 30 minutes.

However, the participants of the study perceived rail bookings as positive with regard to price and transparency because contrary to flight bookings, there were no hidden costs. This means that international rail trips were seen as cost-effective.

“Generally, it can be said that all direct trips from Austria as well as connecting trains from Austria to Germany can be booked without problems. The difficulties arise when booking connecting trips to all other countries. Booking problems are particularly likely when it comes to destinations in southern and eastern Europe”, says Stütz.

According to the authors of the study, a major reason for the poor bookability of international rail trips is the incomplete technical harmonisation of the ticket systems: partly outdated sales and booking systems, different tariff systems, and tickets issued either for specific trains or not make cross-border bookings difficult.

The International Union of Railways (UIC) has developed a common standard to facilitate rail bookings across national borders. Some railway companies such as ÖBB-Personenverkehr AG are trying to proactively improve the situation, the authors of this study say: ÖBB thus takes on a pioneer role as one of the first railways to implement the new standard. This means that passengers can easily buy a ticket for a day-time trip from Vienna to Rome with stopover in Venice now. Previously, not even one participant of the study was able to do this. “The first improvements are definitely under way”, says Preslmayr who looks optimistically into the future. “The European Union has also realised the urgency of the problem and is working on a comprehensive Europe-wide solution. After all, the current improvements are still a patchwork because their implementation is voluntary.”

The problem is further aggravated by national laws and commercial decisions of the railway companies such as different age limits for children’s fares, advance booking periods, and discounts.

The Single European Railway Area demands harmonisation at the technical, organisational, and legal levels. For the railway to become competitive as compared to road transport, it is unacceptable that the locomotive and personnel are changed twice within 100 kilometres on the Brenner route through the Tyrol. “The European Union Agency for Railways (ERA) is working on this with the technical specifications for interoperability. For example, a lot has already been achieved with the European Train Control System (ETCS) but when it comes to ticketing, there is definitely still plenty of catching up to do”, sums up Frank Michelberger, Head of the Carl Ritter von Ghega Institute for Integrated Mobility Research at the St. Pölten UAS.

Listen to a Podcast on This Topic

You can listen to the podcast with study author Thomas Preslmayr here.

The study was carried out as part of the course “Customer Orientation in Rail Passenger Transport” in combination with the master thesis of graduate Thomas Schütz within the framework of an empirical survey on the bookability of international train tickets. 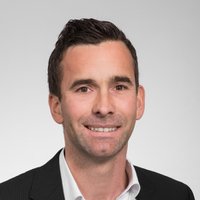