The Internet of Things (IoT) turns our cities into smart cities. Students have produced a prototype for a mobile IoT-sensor box using “Narrowband IoT” technology, which can collect and measure data on air quality, humidity, temperature, noise level and brightness. This sensor data from several mobile boxes can be merged and visually rendered on a map. 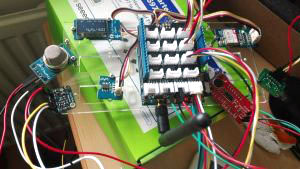 A map of environmental data (as Air quality, Temperature, Noise level, Humidity, Light) in a town or area, which is built on the gained information from a network of distributed sensor stations

Business concept – How can we generate revenues from the Idea 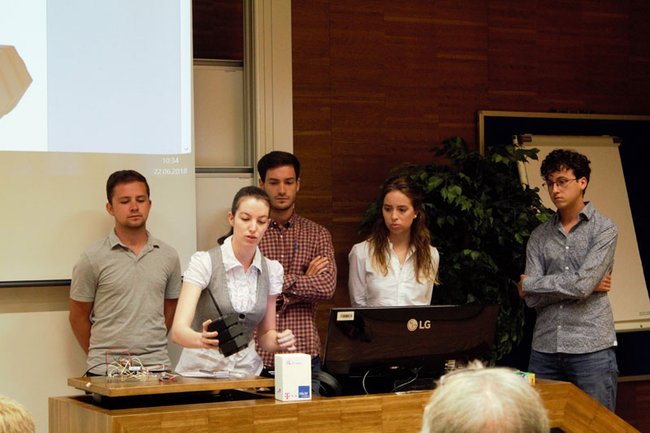 The Team members were very engaged and additionally by taking part at the various mentioned competitions, the idea and especially the Business concept could be improved step by step due to the feedback of professionals. 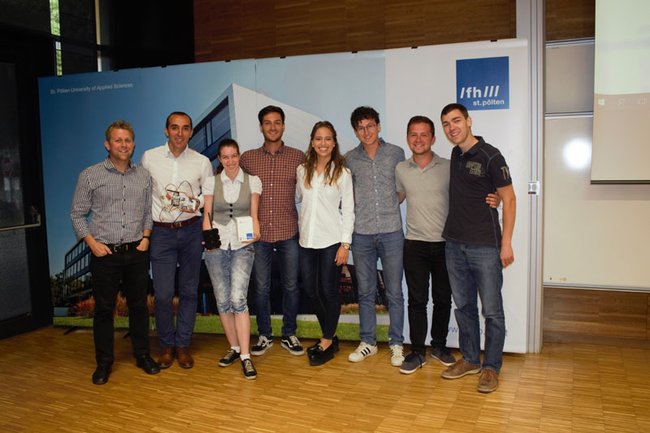